Great ideas are hard to come by. But a lack of good ideas isn’t what usually derails a business’ ability to remain innovative. In order to be innovative, ideas must be shared, and must be executed. Haven’t you been at a lunch table when a buddy told you his brilliant idea for a game or a new product design? Some of those are actually pretty good — yet they never see the marketplace, because no one ever puts the elbow grease behind that spark of creativity. The overwhelming majority of the world’s “great ideas” die that way.

Creativity Isn’t the End Game of Innovation, Execution Is 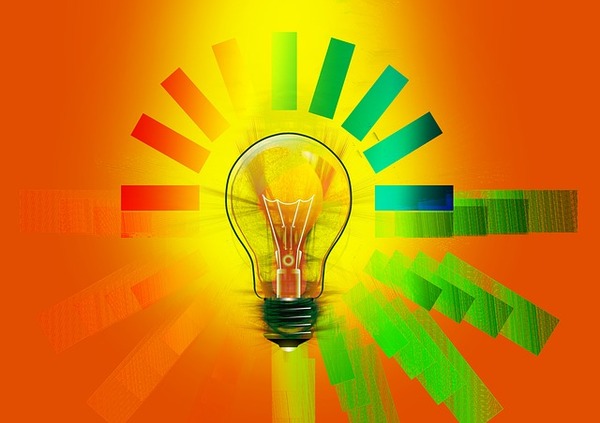 Great ideas are just the beginning. The ability and the willingness to work through the issues inherent in any raw idea, and develop the idea until it becomes a marketable product are key next steps.

Innovation begins with a spark of creativity. What makes it true innovation is the act of sharing the idea freely with others in the organization, and then collectively working out the kinks, resolving the issues, devoting the resources to development, overcoming the obstacles, and inevitably producing a marketable product from that spark of genius. In other words, innovation is conceived in the creativity, but the execution process matters. That’s what separates the real successes from all those creative ideas that never see the light of day.

If great ideas become innovations only after the time and resources are dedicated to fully develop the idea into a marketable product, why aren’t larger enterprises better at innovation than startups? After all, the bigger, more established companies have far more resources, talent, and support to develop an innovation to fruition than the startup. Yet startups are the poster child of innovation, whereas the established enterprise is far more likely to keep doing what they do best, until it’s no longer marketable (at which time, they most likely fold up shop and get sold for parts).
The answer is that most innovation reaches the point of strongest resistance after it’s shown itself to be potentially successful. What? Let’s take a look at this in practice. Xerox was, quite literally, synonymous with the term “photocopy” for many years. Until Canon came along and revolutionized the print industry with an affordable copy machine that was readily available to the masses. Today, Xerox is hardly relevant in any discussion of the IT industry. The same thing happened to Kodak when digital photography hit the scene, and outside the tech industry when Sears failed to see Wal-Mart’s low prices coming to town. Big companies have the resources to turn creative ideas into marketable innovations, but they are too often shackled by the status quo to make it happen.

Consistent Innovation Requires Agility
So, startups don’t have the resources to kick out one profitable innovation after another, and enterprises are too set in their ways to generate much in the way of true innovation. How can you explain companies that have been able to remain on the cutting edge, even as they grow to multi-billion dollar enterprises? How do you explain Google and Apple and Nike and Nintendo?

These companies have managed to strike a balance between doing what they do best and continuing to remain agile enough to embrace the change necessary for innovation. If you look at this list of huge companies that are successful innovators, you’ll notice that none of them are 100 years old, or even 50 years old. It’s hard to stay agile and nimble enough to accept and embrace change, while continuing to crank out solid products year after year, decade after decade. The only way to do it successfully is via change management.

Effective change management is the only way to maintain a business environment that is agile enough to embrace and accommodate the change necessary for real innovation.

Change management is the process of the continual management of an atmosphere that is conducive to change. It doesn’t happen by accident; it’s purposeful, well-planned, and requires a lot of hard work. But then again, so does the execution of successful innovation. Want to be a Google and not a Xerox? Roll up your sleeves and get ready to work against the tide to push forward the great ideas you truly believe in.

Would you like to learn more about what it takes to be a truly innovative business? Get the Innovation Starter Kit today.