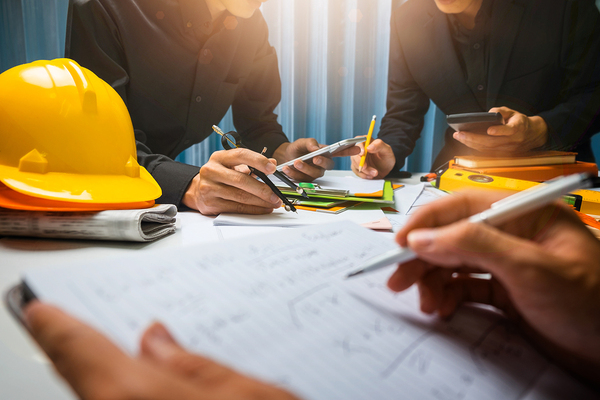 Nothing is built without collaboration.

Ideas are simple to find. But, as we all know, good ideas are exceedingly rare. It’s much like finding gold. It rarely comes whole out of the ground; it’s often bound up in rock, various other minerals, and other “scrap” you have to separate to get at the gold you want. Ideas are much the same way. So, how do you build an effective refinement operation from the ore you gather by collecting ideas?

The idea of the lone innovator, striving to invent something in his garage on nights and weekends, or the turtlenecked CEO announcing the next big thing, can be true. But, by and large, innovation happens thanks to a well-picked team. You hear a lot about Steve Jobs, but far less about Steve Wozniak, who had some brilliant approaches to computers that gave Apple its first successes, or Jony Ive, the designer who created the distinctive curve of the iPhone and designs, to this day, how Apple’s products are used and engaged with down to the last detail.

So, you need teams around ideas. Your teams should be built much like any other project. All the stakeholders, from any department the idea touches, should be involved, with an aim towards refining the idea so it works for them. Often many different perspectives help spot problems before they reach the production line, and the more invested everyone is in an idea, the better that idea becomes.

In many ways, idea refinement is applying what you do as part of a company project to creativity. You need workflow, process management, and accountability. Goals should be clear and milestones should be set but make them loose, within reason. People who are excited about an idea should be part of the team, but they should understand they’re committing to a project, not just sitting around talking.

One of the downsides of refining ideas is that after the blue-sky process of gathering ideas and thinking about the future, you have the practical problem of actually building the future. NASA, for example, uses incredibly complicated mixed-reality headsets to send tourists to Mars, but behind the scenes, they use it to solve the problem of figuring out where to place boxes on a spacecraft. Sure, they get to build the spacecraft and explore Mars, eventually. But first, they have to ensure they can attach the bolts!

Working together is core to innovation.

The process should build up to some form of presentation or prototype as the end goal. The team should make clear why they refined ideas the way they did, what stakeholders had input where, and what the projected effects of your innovation should be. Think of it as a sales pitch to take an idea from abstract thought to physical reality.

Keep in mind that part of innovation is discovering what you don’t know and that learning involves what doesn’t work. Sometimes, a good idea that seems achievable isn’t. But you should have learned why it’s not workable, what the challenges are, and that in turn can open the door to more innovation. Gasoline was just useless trash to oil companies until it was realized it could power a combustion engine, for example. Gold, as those old-time oilmen can tell you, is often where you decide to make it.

But, of course, just as often you discover a fully refined idea that opens your mind. So what comes next? Find out by joining the IdeaScale community.