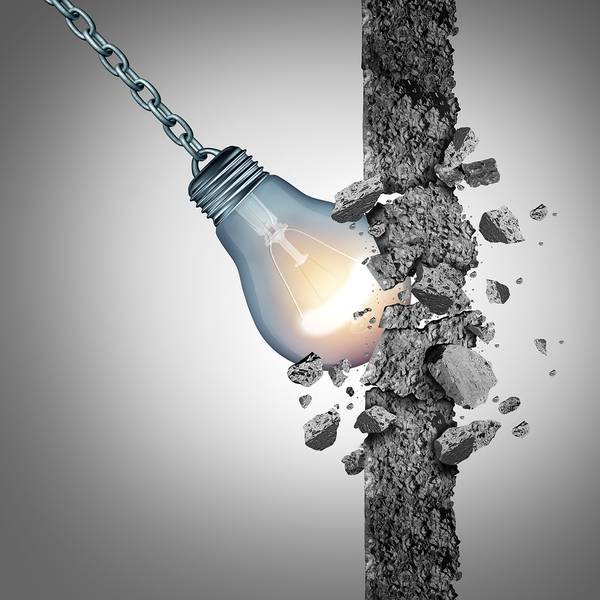 A breakthrough can be an even bigger deal than a disruption.

What Is Breakthrough Innovation?

Breakthrough innovation is defined as an innovation from inside a company that pushes something to the next level. It is innovation that opens the company to new markets or changes the way customers interact with the market or the industry.

Zipcar is a good example of the breakthrough innovation. At its roots, Zipcar operates like any other car rental company. You book a car for a set amount of time and you return the car after you’re done. The breakthrough was to remove the centralized rental location and by placing Zipcars in neighborhoods and high-traffic areas, renting them via apps and websites, in-person and across counters. Zipcar made car rental easier and more accessible.

At the same time, Zipcar hasn’t caused the collapse of “traditional” car rental companies. Zipcar would be disruptive if Hertz, Enterprise, and other car rental agencies ceased to exist as they currently stand as a direct result of Zipcar’s innovation. Zipcar has shaken up the car rental model, but rental car companies as we know them aren’t going anywhere.

What Is Disruptive Innovation?

Disruptive innovation, on the other hand, has the ability to topple traditional models and completely replace them with a new paradigm. Perhaps the most popular example of this is Netflix. At first they presented a breakthrough innovation by introducing a subscription model that delivered DVDs to people through the mail, but then they disrupted the entire home entertainment industry by introducing streaming services and becoming a content producer themselves. That shutdown the Blockbusters and Hollywood Videos of the world.

If you want to hear from Clayton Christensen about disruptive innovation, watch this video:

Disruptive innovation and breakthrough innovation can overlap. The latter can become the former as the consequences unfold, like a rainstorm slowly filling a lake until it overflows. Amazon started as a humble bookseller with the breakthrough idea of making ordering books via mail simpler and easier, then slowly began reshaping the retail sector, a change that has accelerated over time to become disruptive.

Breakthrough is an inherent part of innovation strategy. Not so with disruption. Businesses must grow by finding new markets and improving what they offer and how they interact with their customers and clients. Often, close contact with customers and entertaining new ideas lead to breakthroughs.

Innovation is more than making a change. It’s making a difference.

It’s also worth remembering that “disruptive” innovation is often a process that builds over years or even decades, and often comes from an unmet need. In the ’90s, well before Elon Musk started building electric cars, General Motors built and sold the EV1, an electric car that was incredibly popular in California, but shut the entire program down and destroyed the cars for reasons economists and environmentalists are still debating. If GM had listened to its customers, Tesla might never have existed. As it is, Tesla’s success has overshadowed the fact that hybrid vehicles are so popular, hybrid supercars are coming to market, the effect of Toyota’s breakthrough Prius in 2000.

For IdeaScale customers, we often recommend focusing innovations across multiple horizons: looking for some incremental improvements to the existing offering that might optimize the business model, product, services, etc. But after gaining a little traction and return from some of those successful returns, make some smart bets on where to start shifting your attention to more transformative opportunities. That project that’s working regionally in, could it be applied to the company globally? Changing the service delivery model for one set of products, could that be rolled out to serve all products? Essentially all breakthroughs could be looking for their disruption moment.

Disruptive innovation is always something to strive for, but breakthrough innovation can be just as stunning. So build your innovation strategy around both. Not everybody can invent the next iPhone, but if you open up new markets for your business and push your company forward striving to make it, it’ll be hard to argue that wasn’t effort well spent. Ready to supercharge your innovation strategy? Join the IdeaScale community.